Since 1990, The Irwin & Renee Holzman Foundation has been supporting arts, education, humanitarian and religious organizations in the Portland Metro area.

The Holzman Foundation represents a commitment to the fulfillment of the Holzmans’ wishes to be charitable during their lifetimes and provides the opportunity for their three sons to continue the family’s philanthropic vision.

About the Holzman Family 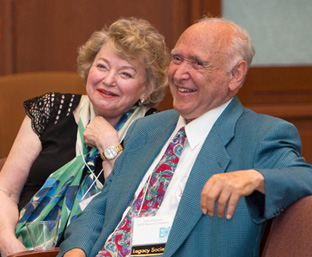 “Since 1990 Renee and Irwin Holzman and the Holzman Foundation have been generously supporting Portland’s Jewish and general nonprofits. Their legacy of generosity is extraordinary and the recent establishment of the Holzman Religious School Endowment Fund of OJCF benefiting Congregation Beth Israel is testament to their ongoing efforts to give back to the community they care so deeply about.”

Derenda Schubert, Ph.D.
Executive Director, Bridge Meadows
For more than two decades, the Holzman Foundation has generously supported the Oregon Symphony and our artistic programming. Its support has made possible world class music on stage, as well as community outreach efforts and music education for all ages.